Time to get naked and back to nature – those sunny Californians Grandaddy are back in town to promote their excellent new album ‘Sumday’ to an ever-growing fanbase, hungry to pick up where 2001’s highly praised The Sophtware Slump left us – musically fulfilled and in a state of euphoric joy. Its predecessor, the equally majestic and idiosyncratic ‘Under The Western Freeway’ was a ray of sunshine in the rather conservative late 90’s.

The Grandaddy live experience appears to be a contradiction in terms: a bunch of lumberjacks are pitted against a backdrop of wildlife projection and a stage full of trees and foliage, not to mention an army of fancy-dressed bears and other assorted wildlife. Then there’s a sea of the latest technology: all wires, computers and strange sound effects. You don’t need to do any drugs, the natural confusion will keep you going. All in all it’s an organic and genetically modified vibe, topped with Jason Lyle’s oblique lyrics which champion man’s role in the great information super highway world in which we live. 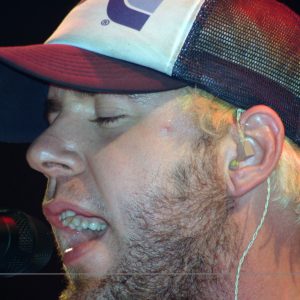 Confused? Don’t be, It’s a happy, sad, warm and rather wonderful world and you can be part of it. Expect the unexpected.