Shake Some Action with the Groovies

It is unbelievable to think that San Francisco act the Flamin’ Groovies have been around 54 years and counting. Only original member Cyril Jordan is in the line up tonight as Roy Loney had a serious accident on arrival to the U.K. (Get well soon Roy) But in true Rock ‘n’ Roll will never die tradition the show must go on and it’s business as usual. Encore favourite “Shake Some Action” is the template for a great start and already the audience are up and groovin’. A cover of the Byrds “Feel a Whole lot Better” quickly followed.

“First Plane Home” described by Cyril Jordan as a song originally written in the early days as a lament for home sickness went down well as did “Jumpin’ in the Night”. The magnificently named Atom Ellis on bass was a combustible mix both in terms of looks and attitude as dearly departed Fall leader Mark E Smith and added an edge to the performance. Tony Sales on drums also added a youthful vigour to the current line up and a good lead vocalist in his own right. 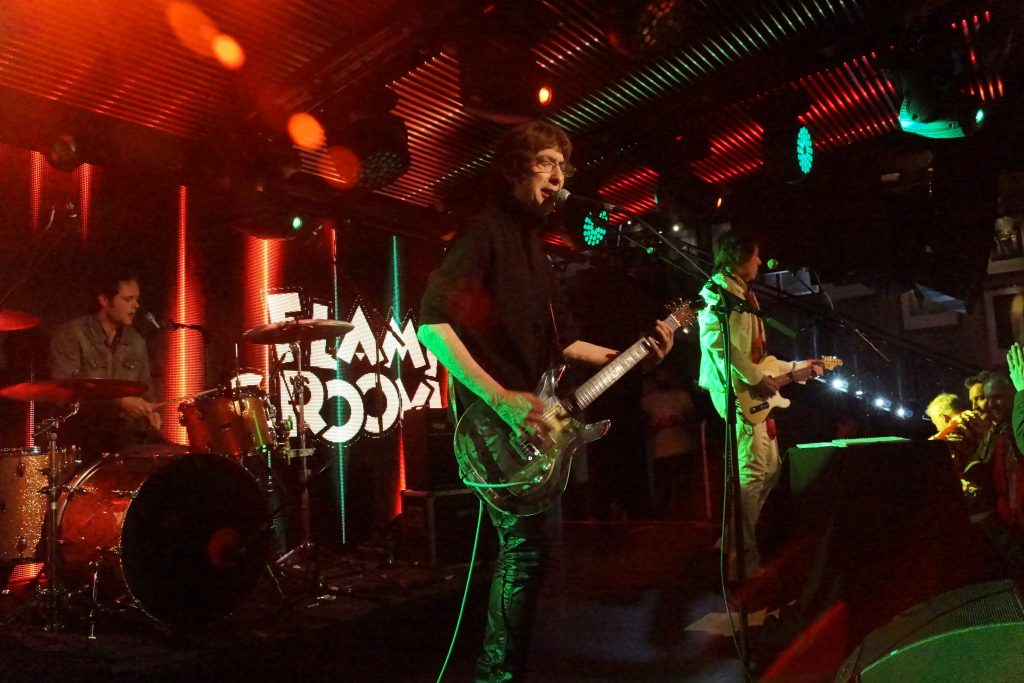 Under the Bridge is quite possibly one of the best and most modern of newer London venues and the lighting and sound were very impressive. A near capacity crowd were in sync with the band and kept the show flowing. “Teenage Head” and “Slow Death” ended a short but sweet set to an audience young and old.