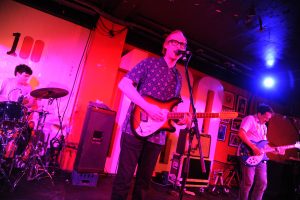 Tonight saw the return of Kiwi Jr playing to a sell out crowd at the intimate Victoria a date long awaited. Despite technical issues with their keyboard which packed up just as they were going on

they squeezed on to the tiny stage and did not disappoint. Opening with the catchy song Unspeakable Things off the new album Chopper – an album inflicting a tig

hter, slick sound with the addition of synthesizer keyboard drive – and hit me “instant” tunes. A set consisting of a taste of their so far 3 album career of jangly pop and signature guitars. 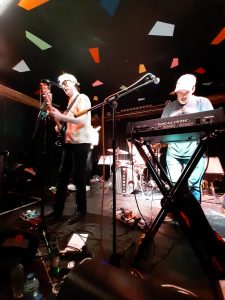 They have matured and seem tighter and more confident highlighting just how far the group have come in a few short years since their last visit in 2020 at the Waiting Room. “What a band” quoting the words of an enthusiastic fan in the audience.

Treated to an encore of “Lesley” an anthem of a tune from the first LP Football Money……see you next time Kiwi!

And we did at the 100 club the following night to a much larger crowd which differed from the previous nights show with what looked a core set of supporters who knew the songs better.

The band played with a confidence and with a fine set of songs from a superb run of 3 albums and showcasing some excellent new material fromcurrent album “Chopper” which was enthusiastically received. There is a place for jangly Rickenbacker pop mixed with angular skewed pop and since they were last here on our shores before the nightmare of Covid the band haveconsolidated an ever growing fanbase. 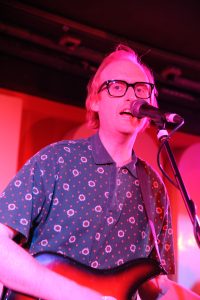 Until the next time…….

All photos and reviews by Mya Green and Tony Bartolo

Special thanks to David Newgarden and Subpop records.

Lastly a special mention to north London based The Roves for a fine supporting role at the 100 Club.